More from our Iran Life trip. Let’s start with a couple of general views of the old city (photos are mostly mine with a few wiki-commons and photos of photos mixed in – the interesting effect is due to using the camera in stealth mode) salvaged from the wreckage of Archers of Okçular and first posted May 2014:

Yazd is ancient and unique! It has been continuously occupied for more than 3000 years and its remote, desert location has served it well leaving it largely untouched by the ebb and flow of kings and empires. With the rise of Islam in Persia, Yazd became a refuge for Zoroastrians and by paying a levy they, their religion and their places of worship were left alone. Islam has only become dominant here in more recent times.

The city is one of the largest in the world to be built of adobe with even new constructions being clad in this durable, eye-pleasing material. Situated at the heart of the Dasht-e-Kavir desert, Yazd has thrived by the skill and ingenuity of its architects and engineers. Architects who developed the world’s first air conditioning/refrigeration system known as wind towers and engineers who created the amazing qanats, an underground system of countless hundreds of miles of canals that bring and distribute vast quantities of water from the mountain water tables. These techniques, discovered and perfected in Yazd, have been exported worldwide.

The towers are capable of drawing air down over a fountain of cooling water or drawing air through the underground qanats into the basement and then upwards to cool the entire house. They are used to keep glacial ice from the mountains and maintain subterranean water reservoirs at near freezing throughout the summer. The ‘sticks’ you can see are an ancient form of earthquake-proofing for the structures.

Which leads us nicely to the qanats. Developed in Persia and perfected by Yazdi engineers some 3000 years ago they consist of a series of vertical shafts connected by a gently sloping tunnel system that taps into the water tables at the base of mountains. Water is often delivered from hundreds of miles away, feeding villages and towns in a strictly controlled and regulated way that has lasted for millennia. J remembers well (pun intended) seeing these strange circles across the desert as she flew down to Persepolis for a gig just before the revolution that overthrew the Shah.

The Water Museum in Yazd will give you a great insight into the construction and sheer scale of this amazing system – even the National Museum gardens in Tehran are fed by a qanat! Here is a photo from their exhibition of a windlass being used for moving both people and spoil. 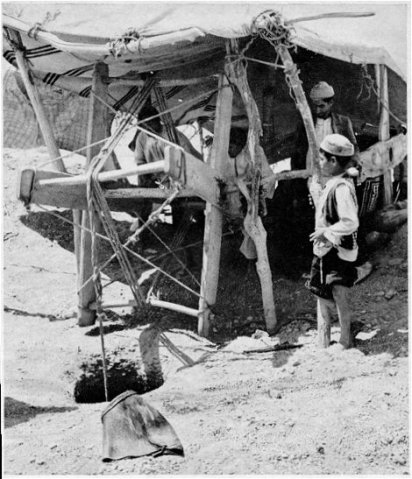 Finally a few random pics from the two days we were in Yazd:

Finally, finally, if they don’t do something about this it will kill off the town centre shops (taken on the road just outside Yazd) 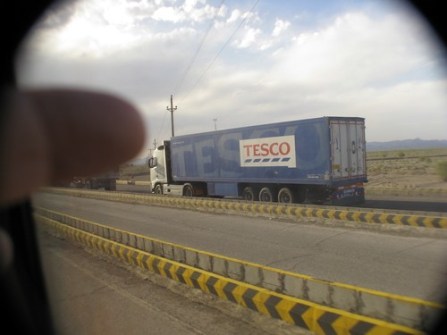