Iranians drink tea. ‘So what!’ I hear you say, ‘Doesn’t everyone?’ Probably, but in Iran they do things differently, there’s also good news and then there is bad news. I’ll start with the good news . .

Iranians have drunk tea or chai for around six hundred years. With China just up the Silk Road, tea proved to be cheaper and easier to obtain than coffee and soon surpassed coffee as the drink of choice. In 1899 Prince Mohammad Mirza did the dirty on the then Global Empire and smuggled 3000 saplings out of India under the noses of the Imperial British.

(rescued from Archers of Okcular and originally posted September 2014) 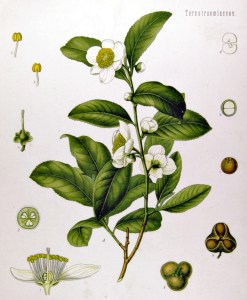 He planted them in his home province of Lahijan near the Caspian Sea where the climate and soil proved perfect for Camellia sinensis and so was born what has come to be accepted as the healthiest tea in the world. The terraced tea gardens of Lahijan have never been treated to the delights of pesticides or fungicides or any other ‘cides’. They have remained organic and free from any intervention from the day of their birth until the present. Now the bad news . .

A study carried out in Golistan Province in northern Iran and published in the British Medical Journal established a link between drinking very hot black tea (65*C or higher) within  2-3 minutes of pouring, a common practice in northern Iran, and a marked increase in the risk of developing oesophageal squamous cell carcinoma! Not many people know that! As someone who takes their tea drinking at a seriously leisurely pace I shall not be dwelling on the study.

So, what about the ‘differently’ bit? Well, there are the tea houses – châihâne or châi-khooneh that range from back street one-room affairs to some of the most elaborate and evocative that you can imagine. Then there is the amazing rock-sugar (qand) that was always served – sometimes loose, often on sticks that made dunking a childish, lollypop-sucking pleasure. Here are a few photos to let you see what you are missing: 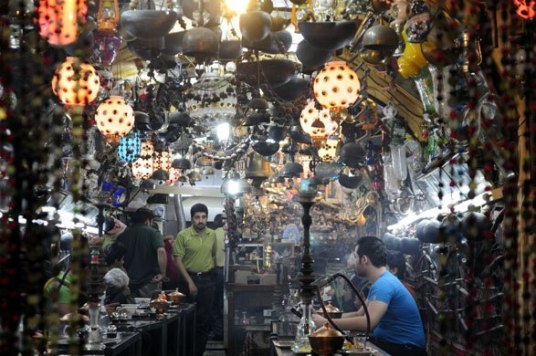 Finally, another view from the Azadegan Tea House of ‘sisters doing it for themselves’