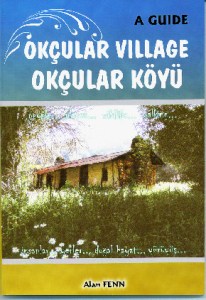 In the book ‘Okçular Village – a Guide‘ there is a section where our Yaşlı Çınarlar, literally ‘Old Plane Trees’ (a local term of affection for our more senior villagers), tell their stories. As one, Şevket Akgün, related his tale he recalled the following: ‘The local education manager then was İzzet Akgül and he said to me, “Şevket, you’re a hardworking student, I’m going to send you to the village institute’’ and I went in 1941 to Kızılçullu for 5 years, winter and summer to study. In the winters we studied, in the summers we learned trades like carpentry, construction, blacksmithing. I graduated in 1946 and in September at 15 years old, I started teaching at Okçular. However, there was no school then.’

The term ‘village institutes’ was intriguing – what were they? Over the years J and I have slowly and not very diligently gathered photographs, together with a little background and history. It is a fascinating and compelling story of vision, social engineering, personal achievement and commitment to an ideal that, within two decades, would have so ruffled the feathers of the establishment that they felt compelled to snuff out the very concept and to discredit the visionary, guiding lights of the movement.

Right from the foundation of the Republic, Atatürk recognised that to build a modern, secular society those he described as the ‘true owners’, the villagers, could become the nation’s greatest asset but only if the ‘light of education’ could be passed to them.

By 1935 the process of ‘enlightenment’ was at a standstill with just 5,400 out of 40,000 villages having primary schools. So it was that Atatürk gave his blessing to a scheme that would take the best and brightest of village children, boys and girls, give them the benefits of an additional, broadly based education (initially for six months but expanded in 1940) for a further five years and then have them return to the villages as teachers. The project was passed to İsmail Hakkı Tonguç, an educational visionary, and the Köy Enstitütleri – Village Institutes were born into a world that most of us reading this can scarcely imagine!

The Anatolia of this time had progressed little away from urban centres – electricity, roads and sanitation were virtually unknown. Within the villages literacy was of little value as newspapers were few and far between and radios unheard of. Medical services were unknown or scorned in favour of local folk remedies. In years of drought or semi-drought, when combined with the bitterly cold, harsh winters of Anatolia infant mortality could run at 30-50% of those under 1 year old. The lack of education spawned generation after generation of fatalistic, religiously myopic, compliant villagers who were open to exploitation by corrupt bureaucrats and rogues. Village life was unchanged and unchanging with those showing any spark of intellect discouraged and suppressed under the yoke of drudgery and the fight to survive from one year to the next.

Out of this darkness the Village Institutes gathered together the best and brightest and began an educational process that would transform the perceptions of these students in a way that is difficult to imagine. In addition to the 3Rs the curriculum included history, geography, science, philosophy, practical engineering, welding, sewing skills, tailoring/dressmaking, dance, drama, carpentry, hygiene, animal husbandry, agricultural science, forestry and music. Sport was also encouraged and practised – the list goes on. Not only was the curriculum wide-ranging it was also avowedly secular and directed towards the awakening of social awareness to the injustices and inequalities that comprised the lot of most villagers because of their ignorance and dire circumstances.

The compassion and desire for change of those who supported and directed the village institutes can be read into every line of this letter sent by Hayri Çakaloz, director of the Ortaklar Village Institute to all newly accepted students:

You have successfully passed the admission examination and so have qualified to become a student at our Institute. As I congratulate you for this honourable achievement, I am happy to inform you that our Institute family of more than 400 students awaits you with open arms. I kiss you on your eyes.

After receiving this letter, please make the following preparations: Get a closely cropped haircut. Wash your hands, feet and entire body as best you can. If your clothes are dirty, please have your mother wash and mend them.

I can’t speak for you, but these kindly and practical words leave me deeply moved. Other directors recall newly admitted students arriving in torn and patched clothing or rags;

many came barefoot; some with bellies swollen from malnutrition; most with tooth cavities and few had ever seen a toilet. What did arrive with them was a narrow, village mind-set. ‘For these children, life was all about cultivating the field, owning a pair of oxen, getting married, worshipping God and preparing for Paradise . Their recruitment into the Institute shook this vision to its very core.‘

Each of the eventual 21 Institutes were expected to become self-sufficient; to this end, as new establishments were authorised, the students and staff would be involved in the building process. As time went on they became the ‘sole contractors’ and did it all themselves.

One day, director of Kızılçullu Institute (where Şevket Akgün studied), Hamdi Akman, asked his newly graduated students if they were willing to help construct a new institute at Ortaklar before taking up their teaching posts. Their response was unanimous and next day 200 male and 45 female graduates set off for the railway station with blankets over their shoulders.

These young men and women had been taught that they were to act not merely as school teachers but as general missionaries of scientific enlightenment and progress – a task that the Institutes had inadequately prepared them for and the social problems they faced would often lead to disillusionment. The spartan regime and relatively remote positioning of the Village Institutes was to prevent the young students from losing all connection with their previous existence and thus becoming unwilling or unable to settle back in the villages. But the result of this system was to teach them about a way of life very different from their own village upbringing, without giving them any first-hand experience of it. They were aware of ideals and values which made some of them despise or despair of the collective ignorance of the villagers, and yet, at the same time, they could have few realistic notions about urban life or about the possibilities of village reform – still less about Western society.

These teachers faced a dilemma. Either they took their modernising mission seriously, caused offence and faced isolation, or they tried to lead a normal social life, yielding to the conservative pressures of the village community, and living as much like a traditional villager as the job of actually teaching the children allowed. Their difficulties are graphically portrayed by one of them, Mahmut Makal, who wrote a series of books, the first of which,

Bizim Köy (published in 1950 and translated as A Village In Anatolia when he was just 19 years old) remains Turkey’s best selling book ever. It is a testament to the abject poverty suffered by many Anatolian villagers in the middle of the 20th century. It is also a testament to the subversive power of education; for once people realise that they are being exploited by others, that poverty and destitution are not the ‘will of Allah/God’, and that there is no reward in the next life, then they are very likely to turn and bite the hand or arse of their exploiters. Mahmut Makal was part of a group that became known as the Village Institute Authors who shocked and dismayed the elite establishment and the conservatively religious alike. Radicalised by educational enlightenment and the desperate poverty of village life, it was not surprising that progressive political ideas caught on.

Alarm bells rang within the establishment and an unlikely alliance between the religious conservatives who hated the secular co-educational teaching and the political and business elite who hated the idea of educated peasants capable of answering back and defending their rights joined to become a formidable reactionary force. The Institutes and those who advocated them were branded as communists in the age of virulent anti-communism, their reputations were smeared and they faced harassment, suspension and imprisonment. Even that great visionary, İsmail Hakkı Tonguç, was hounded out in 1953 and in 1954 the Village Institutes, one of the greatest experiments in modern education and social engineering, were no more.

The dream of Atatürk, İsmail Hakkı Tonguç, Mahmut Makal and many others of a secular education, based on the foundations of inquiry, science and rationality that is free and democratic has not been totally suppressed. There now exists Çağdaş Eğitim Vakfı (Contemporary Education Foundation) established in 1994 that promotes many of the same values from which the Village Institutes evolved.

Marx understood clearly that real revolution (as opposed to bloody revolution) takes place in the minds of men and women when they become truly educated and truly understand the state of the world in which we all live. Men and women struggling to feed their bellies are in no condition to feed their minds, much less struggle to improve the condition of their lives. The threat that an educated population represents to the ruling elite has clearly been recognised by the powers-that-be. Throughout the ‘developed’ Western world governments are in the process of dumbing down the general population, restricting access to quality education by under investment in the state system and a pricing policy that divides the ‘haves’ from the ‘have nots’.

When we compare the potential contribution of an uneducated Mahmut Makal, and countless others like him around the world, with his concrete achievements after his ‘enlightenment’, I would argue that denial of education is a crime of such enormity that is on a par with genocide. Condemning human beings, every one of whom has potential beyond their imagination, to life imprisonment in a cell of ignorance for the misfortune of being born on the ‘wrong’ side of the tracks is a Crime Against Humanity!

I hope you have enjoyed reading and learning about the village institutes as much as I have enjoyed learning and writing about them.  Like the proverbial ‘Candles In The Wind’ young minds need to be nurtured and nourished – the symbol of education is a blazing beacon of enlightenment and in the winds of change presently blowing through the world it is beginning to gutter – it needs protecting.