Way back in the mists of time and memory, when J and I used to visit Turkey for work as well as pleasure, I was drawn to the number of buses and trucks (and even the occasional car) that sported either ‘Maşallah’ or ‘Allah Korusun’. Wherever we travelled in this vast country there they’d be – plastered across the cabs or tailboards of trucks; above the back windows of coaches and dolmuş (shared mini-bus). It might have said ‘Kamıl Koç’ or ‘Pamukkale’ or ‘Maersk Shipping’ along the sides of these vehicles, but there was obviously a common denominator binding them into a couple of huge, national conglomerates. And why not? After all, back then, with much of the economy nationalised and centralised, there wasn’t the variety of big companies you see today. Tekel supplied booze and tobacco and Petrol Ofisi supplied fuel – that was it!

It was years before I realised that ‘Maşallah’ and ‘Allah Korusun’ were not a couple of huge, nationalised logistics companies but rather a philosophical observation on the insanity of venturing out onto Turkey’s murderous roads in the company of penilely challenged, existentially oblivious male drivers.

‘Maşallah’ (variously interpreted as ‘My God!’, ‘Wonderful!’, or ‘I can’t believe what I’m seeing/hearing!’ etc) and ‘Allah Korusun’ (God Protects – or not). 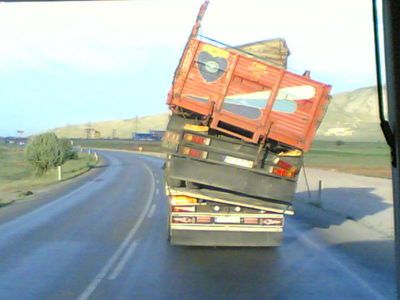 . . and finally, because when I used this picture in a post about the newly named ‘Bayonce Fly’ from Australia, it generated a staggering number of ‘Maşallah, Maşallahs!’ from Turkish fans who did not appear to share my interest in entomology (I have no records for English or Strine speakers).