Other people’s kit is always interesting – I’d go further and say that other people’s anything is always more interesting! Ever sat in a restaurant watching other diners and noticed that their eyes always seem to spend more time looking at what those around them have on their plates? I know I do – I’m always thinking to myself that I wished I’d ordered what they have – it looks nicer and there’s more of it!

The same holds true for blokes using urinals – but that’s another story! (salvaged from ‘Archers of Okçular’ first posted in November 2013)

Enough of all that, back to the subject in hand. I’ve been asked lots of times about the camera gear I use and, as I use it rather poorly, I’ve often wondered why. There’s no denying that I get a lot of fun out of the kit and the more buttons and functions it has the greater the fun! I started with a little plastic thingy with a fold-out viewfinder when I was eleven, and over the years I’ve played around with a Kodak ‘Box Brownie’ and a Kodak Six-20 ‘Kodon’ bellows. There was also a Yashica Twin-lens reflex that was followed by the brilliant Pentax M. Many of you know how difficult I find it to part with anything so, much to J’s despair, I still have the ‘Brownie’, the ‘Kodon’ and the Pentax!

My first digital was a very cheap Konica-Minolta Dimage that fell to bits within a short period and led me to my first Canon – their original entry level 300D. Against all my hoarding instincts that kit is on its way to UK to a young wildlife enthusiast – I hope he shares with his sister and becomes a better photographer than I’ll ever be. I also hope it leads on to a lifetime of fun and interest.

That said, I love messing around and experimenting and part of that fun has been to modify my old Pentax lenses, which are wonderful bits of glass, and using reversing and adaptor rings I’m able to use them in a conventional way sans any auto-focus (or auto anything).

By reversing the 150mm zoom it becomes a super-macro lens which is magic to play with. Sitting on the sidelines in the UK whilst I figure out how to get it to Turkey is another ‘legacy’ lens. Built in 1964 for the Tokyo Olympics (and a now defunct model of camera) it is a 500mm Reflex (or mirror) lens. it is said to be the best of its kind ever made – that said it will never match the performance of a modern EF lens but at about 5% of the price never mind the quality, feel the width!! 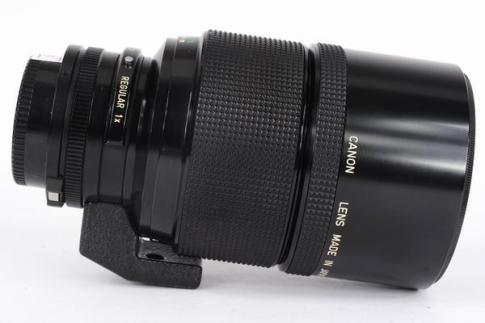 It’s in pristine condition and is complete with its original leather case. I have had a special mount built with optics that will allow it to fit my EOS and focus from very close to infinity! Now that really is going to be fun!

And the ‘Flash, Bang, Wallop’ bit? Take a few minutes to enjoy this clip . .