It’s more than two years ago since that class travel and blogging act Natalie Sayın sent me a photograph attached to a ‘what’s this?’ Now, Natalie has some seriously good camera skills, but this pic looked like a lump of ancient, peppermint flavoured chewing gum stuck on a rock! (I know about these things and att a photo of the oldest bit of chewing gum ever found – it’s from Finland and is about 5000 years old complete with Neolithic teeth marks!)

Anyway, Nat’s photo looked a bit like a Carpathian Blue Slug – Bielzia coerulans, a creature that is supposed to live up to its name and stay in the Carpathian Mountains where it is described as endemic. I sent a copy of the photo and location to my good mate Murat who has made such creatures the study and passion of a lifetime. He also works out of the Dept. of Malacology at Harvard University, it’s safe to assume that he knows about these things!

Such was our joint excitement at Natalie’s find that we decided to mount a field trip to the area between Çamlıhemşim and the Ayder plateau to see if we couldn’t find some more ‘lumps of chewing gum’.

We were expecting to do a lot of scrabbling about under rocks and bushes before we got a result – if we got a result at all! It didn’t quite work out as expected. Shortly after we picked Murat up from the airport and brought him to our hotel the four of us, Murat and E, J and I went for a leg-stretch to explore Çamlıhemşim. With a population of 1500 and one street it didn’t take long! The town sits in a bit of a ravine – it’s vertical rock face; retaining wall; narrow street; row of shops/houses; river; vertical rock face!

We stopped to admire a flowering shrub growing out of the retaining wall when Murat said ‘Hey, look at this!’ and there they were – Blue Slugs – adults and juveniles! So much for the intrepid search for an elusive species that shouldn’t be there. Considering how easily these creatures were spotted it is astonishing that they have never been previously recorded outside of their range in the Carpathians from southern Poland to Romania! 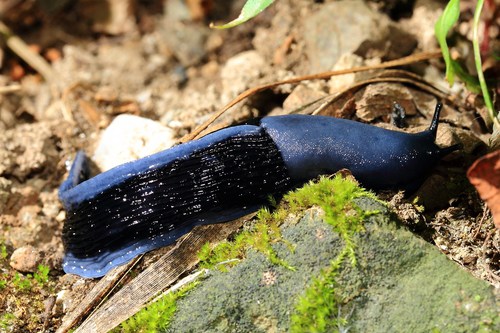 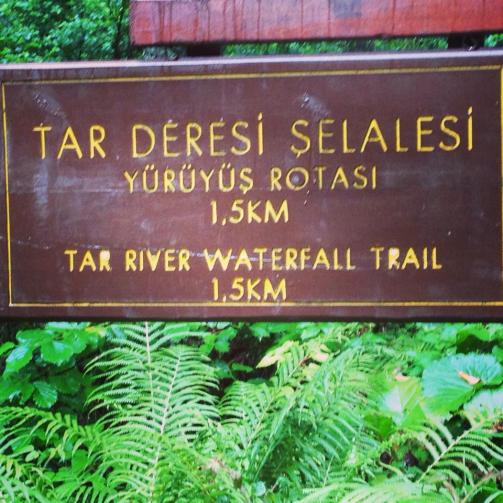 Later, we tracked down the route that Natalie had taken when she saw that first ‘lump of chewing gum’. The walk to Tar Deresi Şelalesi (waterfall) is a very pleasurable one and the waterfall itself is spectacular. 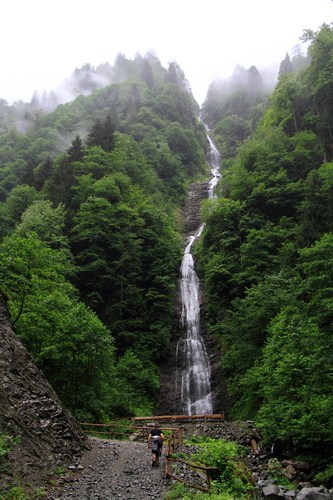 Natalie had said that she saw her slug near to the waterfall and right on cue two were spotted and photographed. We saw a couple more near some rubbish bins in Çamlıhemşim but although we spent time searching other likely and unlikely places that was the extent of our finds. We spent the rest of our time exploring winding back roads, soaking in hot springs, eating fine village and roadside food and enjoying being together in a still beautiful part of Turkey. 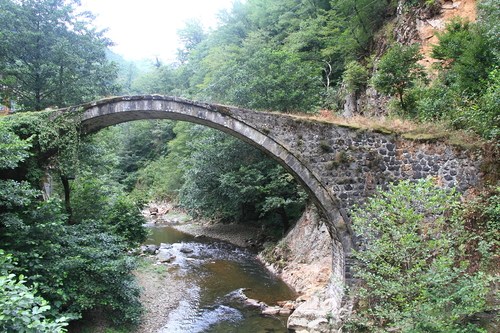 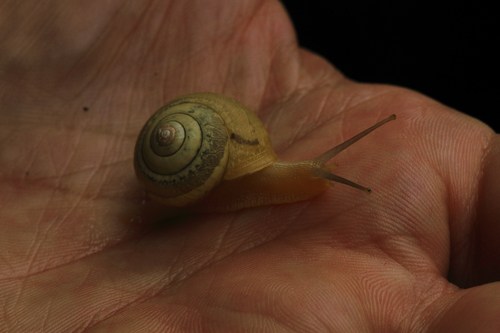 One thought on “Blue Heaven”