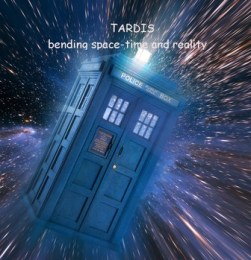 Another tale from the log book of the ‘Tardis’; for those who don’t know this amazing machine its name stands for TimeAndRelativeDimensionInSpace. Tardis is a time and dimension machine that appears (literally) for all intents and purpose to be a British Police Call Box circa 1950 – appearances, however, can be very deceptive – but that’s another story.

It is June 2004 as we materialise . . and so to Amasya, where the Sultans of old would send their eldest sons to learn the ropes of state-craft. 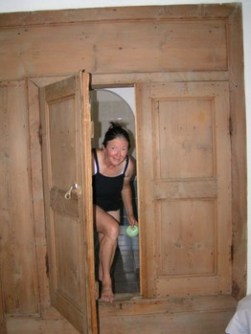 J had got some info on a pansion that was a restored Armenian merchant’s house, and this is where we are. It is beautiful! My dream home. The bathroom is through one of the wonderfully carved cupboard doors. Honestly! And it is totally modern and functional. We will be exploring the sites tomorrow; meanwhile we both felt a desperate need for a cold beer. That took some finding, I can tell you. Nowhere but nowhere to sit down with a frosted glass of the amber nectar could we find. Began to think the population was made up of Seventh Day Adventists or Wesleyans! Then we discovered a discreet little place where the owner slipped us a pack of five under the counter wrapped in two black plastic bags. Whew! Saved. 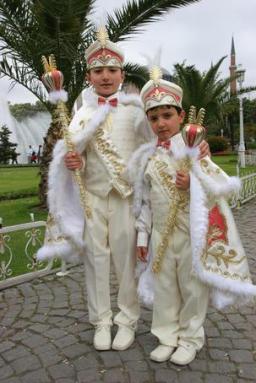 As we were making our way back to the pansion, we were stopped by what sounded like the Keystone Cops’ sirens. Loads of them! Along came the motorcycle police escorting a convoy led by one of those Disney type trains you see at Margate or Southend. It was full to the brim with little Turks off to become big Turks following some genital mutilation courtesy of Blue Gillette! There must have been at least a hundred or more. All dressed up as little soldiers in blue or white uniforms trimmed with white fur. I expect the fur was to wrap around their . . . Don’t go there, Alan! They were followed by busses crammed full of the proud family members . . . proud family members? Sorry, no pun intended. I bet the young girls were glad they were girls, even if they will have to work all day whilst their old fellows, (Oh dear!) . . are down the coffee house playing cards.

Amasya is a very nice place. The setting is quite something. Originally, the whole town would have fitted into the gorge on either side of the river. Now, of course, it’s spreading itself out over what would have been farmland at either end. It still has a cozy feel to it, especially here in the original bit that contains the old houses, mosques, hamams, etc. 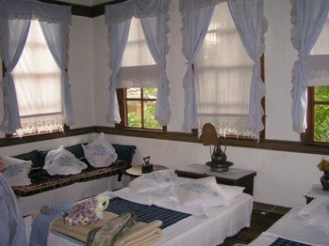 We didn’t wake up until eight this morning after our first night in this lovely house. It felt like emerging into a different world – a sort of time warp thing. The room was just catching the sun, which was filtered through the muslin curtains (original copies). It was cool in the room; as is the whole house, no doubt due to the high ceilings and non-concrete construction. That’s something I love about these old houses, the proportions are so . . civilised.

Breakfast in the courtyard, surrounded by the bric-a-brac from years of collecting by the owner. The house is full of old stuff too; it really is a joy to be here.

J and I began our exploration of the town with a wander through the old Ottoman houses on the North side of the river. Some restored; some badly decayed and derelict and a dreamer’s delight. What I could do with one of those, I mean, look at the setting, look at the size of the gardens, look at the potential, look at the cost! Where’s the lottery ticket seller? Some have been beautifully restored, and one is open as a museum house. It is mouth-wateringly gorgeous (in my opinion). They all sit under the cliff face where the tombs of the Pontic kings are carved out of the rock. A bit like Dalyan, just a thousand or so years older. Then on to the town museum, described in our really ancient Lonely Planet guide as a gem amongst provincial museums; and so it proved. 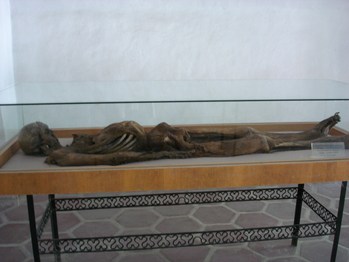 We’d almost finished when the cashier came rushing up, pointing at her watch and saying ‘Time, time!’ In Turkish, you understand. We felt inclined to hang it out, but then if I was a poorly paid civil servant, wanting to go to lunch, I’d want the bloody punters to go too! You can still go into the museum gardens, we were told, and as these contain a mausoleum with five desiccated mummies of Mongol big-wigs, we thought we were doing good – getting real value out of our 70p admission fee! We hadn’t reckoned with the other member of the museum staff who wanted his lunch too. Selfish bastard!

We did get to see the mummies though; and J got to comment on the enormous scrotum of the Mongol governor of Amasya circa 1274 AD!! So I went to have a look at his concubine’s . . . Nothing to write home about, bit dried up after eight hundred years! 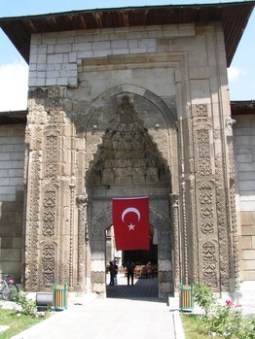 We had a tasty lunch at a locanta in an old Han which has fallen into disrepair. The Han is now occupied by dozens of metal-bashers turning out all sorts of stuff, from scythes to samovars. Then a stroll to an old medrese or religious seminary with a splendid entrance way that is now used as a conservatoire for the town and province. We were invited to sit and rest and enjoy an impromptu music performance. There was also a marbling artist (ebru) working and displaying her stuff. As we were leaving we were grabbed and taken to a locked room to see their collection of old musical instruments. Being obvious foreigners has its advantages!

Next was the tortuous drive up to the castle that overlooks the town. Once we’d left the car, I was glad to find my heart was still in good nick as we made the final scramble over rocks and scree to the top. What a view!

Must just go back in time to when we’d just left the museum. We were walking along the street when this smiling young man came up to us, and in very broken English, seemed to indicate that he knew us. We were a bit nonplussed. We tried to find out where we’d met, without success. Then he said ‘English, English?’, we agreed that was what we were. ’I love you!’ he said, clasping me to his bosom. ‘I hope not’ said I, ‘this sort of thing is not done in public!’ His eyes opened wide and he hurried away. Was it something I said?

Our evening meal was at the Town Club overlooking the river, where we were a bit of an attraction. At one point all of the staff were hovering around our table as we set about ordering our meal of river catfish (delicious) and the only bottle of wine in the house (TL28,000,000 – 2004, remember). Total bill . . TL51,000,000 which means the meal was a damn sight less than the bottle – mind you, it was really not a bad drop of stuff! 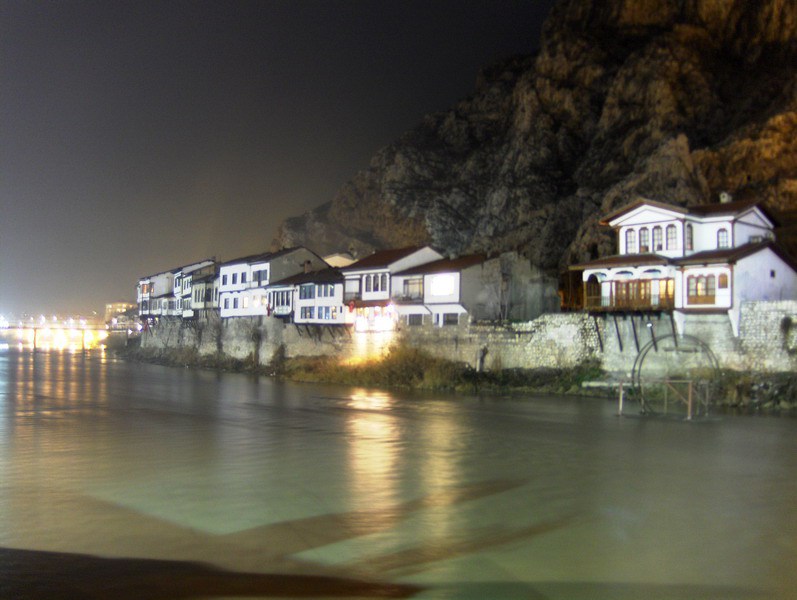 This has been an enjoyable couple of days out of our journey to Erzurum. We’ve hit the town at a good time as it’s their festival week, which commemorates a speech that Ataturk made here that proclaimed the campaign for the foundation of the Republic. There’s music and mass circumcisions to be enjoyed, and after our meal we were drawn by the wonderful wail of the zourna to the main square. It was great; wild Turkish folk music and the local men strutting their stuff, and do they know how to strut! A fitting close to our first visit to this lovely town of Amasya.